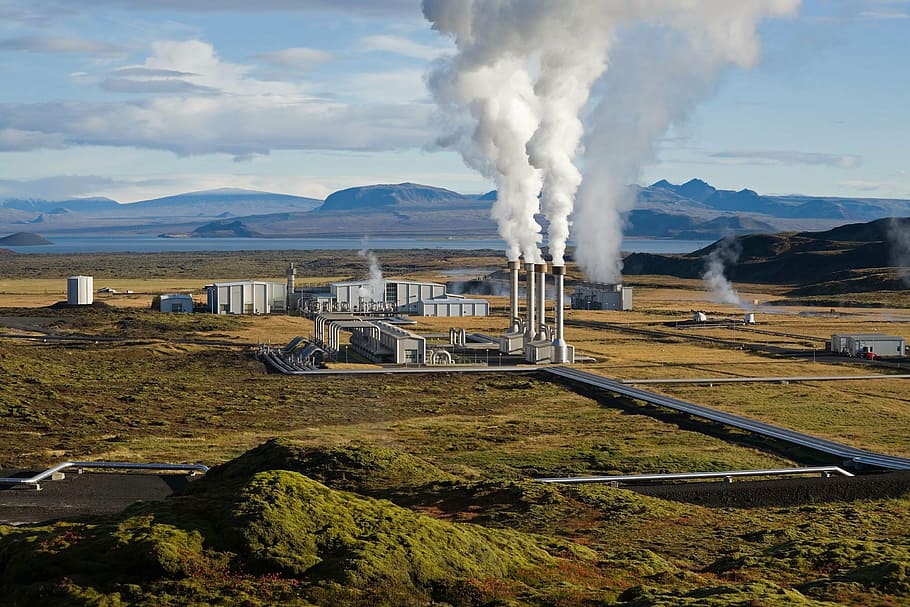 The Cascade Institute’s forthcoming report A Canadian Breakthrough in Geothermal: Obstacles and Opportunities for Enhanced Geothermal Systems explores the opportunity for Canada to become the global leader in deep EGS. The report outlines key technical, financing, and political obstacles and presents an Agenda for R&D, Investment, and Policy. The report will be published in November 2021.

The Canadian government’s recent commitment to legislate net zero emissions by 2050 is the clearest signal to date that Canada is getting serious about transforming its economy to stave off the worst impacts of the climate crisis. However, the government’s plan lacks specifics about the combination of energy sources, technologies, policies, and investments necessary for achieving these drastic emission cuts and meeting rising energy demand. While we require ambitious emission reductions and new ground-breaking technologies in every sector of the economy, there is one core task that stands out above the rest: decarbonizing and scaling up Canadian electricity production.

Globally, this net zero electricity gap is even larger. The International Energy Agency estimates that by 2050, almost half of all emission reductions will need to come from green energy technologies that are currently at the demonstration or prototype phase.

The net zero electricity gap is particularly wide for baseload renewables, which provide a constant, reliable flow of electricity, and dispatchable renewables that can be ramped up or down to help balance grids and meet fluctuating demand. While decreases in the price of solar and wind generation are beginning to lead to wide scale deployment, solar and wind are intermittent renewables whose production varies depending on the weather, season, or time of day. Without significant advances in high-capacity batteries or other electricity storage solutions, electric grids will continue to rely on baseload and dispatchable renewables.

Today, the two main sources of net zero baseload electricity in Canada are hydro and nuclear—both with their own environmental and political risks. However, the Cascade Institute’s forthcoming report A Canadian Breakthrough in Geothermal: Obstacles and Opportunities for Enhanced Geothermal Systems examines the opportunity for geothermal electricity production—both as a source of baseload and dispatchable net zero electricity in Canada, as well as an opportunity for Canada to export geothermal expertise and technology around the world.

The growing number of large geothermal systems around the world demonstrates the potential for geothermal to provide reliable, affordable electricity and heating. Unlike hydro, solar, and wind, which all depend on relatively stable weather, precipitation patterns, or water levels, geothermal is less vulnerable to the impacts of climate change. Geothermal also has a high power density, meaning that it produces a large amount of energy per square metre of land. As a result, geothermal doesn’t face the same issues around displacing critical agricultural land as solar nor the risks to ecosystems and biodiversity as wind and hydro.

Meanwhile, Canada’s net zero carbon energy transition necessitates immediate emission reductions in domestic oil and gas production and an almost complete ramp-down of the sector by 2050. Such an economic transition will require the reskilling and retraining of tens of thousands of oil and gas sector workers. However, geothermal utilizes much of the same intellectual and human capital as oil and gas. Rather than allowing existing expertise in resource exploration, drilling technology, hydraulic fracturing, logistics, and energy finance to “die on the vine,” geothermal electricity production can step in as an important source of high-quality jobs and economic opportunities—particularly in communities with current oil and gas operations.

So, with all these advantages, why isn’t geothermal a bigger part of the Canadian energy transition story? And why isn't Canada pioneering new geothermal technologies and exporting Canadian geothermal expertise around the world?

The main reason why geothermal has played a relatively minor role in the Canadian conversation around the net zero electricity gap is a product of the particularities of Canadian geography and geology. Canada has almost no geothermal resources close to the Earth’s surface. These shallow hydrothermal resources (geothermal reservoirs with naturally occurring water or steam) are the most accessible and economically viable geothermal opportunities but tend to cluster around plate boundaries. A number of countries are successfully deploying shallow hydrothermal to produce electricity, heat, or both. But deeper geothermal resources without naturally occurring water or steam—which are located throughout Canada—are more difficult to access and require enhanced geothermal systems (EGS).

In EGS, a geothermal reservoir is artificially created in a region of hot rock that otherwise contains little or no natural fluid. Given suitable rock formations, a reservoir can be engineered by drilling into the region, stimulating the rock to produce fractures allowing fluid to flow and then injecting fluid to fill this created, artificial reservoir.

So, the real question is: why isn’t Canada a world leader in deep EGS? The answer to this question involves a series of tightly interconnected technical, financing, regulatory, and political challenges. Through an in-depth exploration of these challenges, this report reveals a compelling opportunity for Canada to leverage its existing comparative advantages in drilling, exploration, logistics, and energy finance to fill the net zero electricity gap in Canada and around the world.

In our report, we reveal a compelling opportunity for Canada to leverage its existing comparative advantages in drilling, exploration, logistics, and energy finance to fill the net zero electricity gap in Canada and around the world. We argue that Canada can and should become the global leader in deep EGS and to do so, it must create strong incentives for solving its core R&D challenge: cost-effective (and low carbon) deep drilling through hard (igneous and metamorphic) rock.

The Canadian Institute for Climate Choices estimates that existing technologies and policies can, at best, deliver two thirds of needed emission reductions by 2050. Therefore, in order to fill the net zero electricity gap by 2050, we require at least one major technological leap (in addition to a parallel leap in carbon capture and storage technology). Given the stakes of the energy transition, it makes sense to place a few “big bets” in our energy portfolio, including one on deep EGS. To be clear, the engineering, technology, financing, and regulatory challenges that stand in the way of economically viable deep EGS are formidable. But they are no more insurmountable than the technical challenges surrounding the other “moonshot” technologies that could close the net zero electricity gap: intermittent electricity storage and small modular reactors.

The forthcoming report is for policy makers, investors, and other stakeholders trying to accelerate a just net-zero energy transition—one that produces green jobs and opportunities in resource-based communities and harnesses the existing expertise, innovation, and intrepidity of Canada’s energy sector. The report outlines the geothermal opportunity in Canada, as well as the key technical and non-technical obstacles, costs, and R&D gaps at each stage of the geothermal project lifecycle.