Meeting Canada’s climate commitments requires ending supports for, and beginning a gradual phase out of, oil and gas production.

Dr. Angela V. Carter is an Associate Professor at the University of Waterloo and a Fellow at the Cascade Institute. Her research focuses on environmental policy and politics surrounding oil extraction in Canada’s major oil producing provinces. Truzaar Dordi is a PhD Candidate in the School of Environment, Enterprise, and Development at the University of Waterloo. His research examines financial system stability along a low-carbon transition, which is necessary for safeguarding societal welfare against the high costs of inaction. 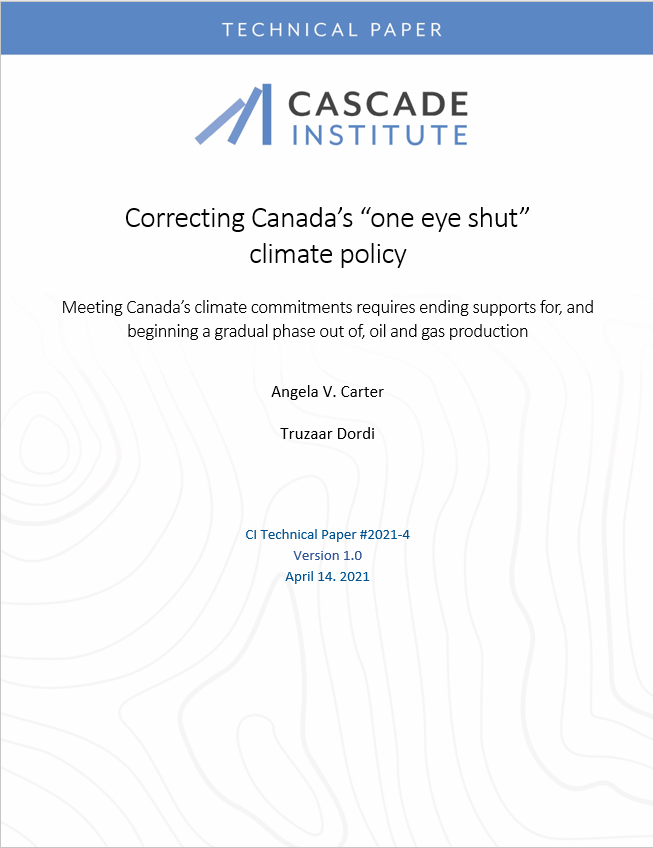