Levelling up: The next phase of youth climate action in Canada

This report presents findings from the Youth Climate Values Survey, which provides the most in-depth picture of the beliefs of members of the Canadian youth climate movement (CYCM) to date.

Most of the existing research analyzing the youth climate movement focuses on the attributes separating youth that participate in climate strikes and adopt pro-climate behaviours from youth that do not. In this study we take a different tack by focusing on the diversity of attitudes, priorities, and beliefs within the movement. Specifically, the study maps out areas of solid “common ground,” as well as areas of belief divergence within the CYCM in order to help youth and youth-led organizations collaborate more effectively with one another and with other climate actors to accelerate the just transition.

This report shows that the CYCM is in the process of “levelling up”—shifting from strikes and general awareness-raising to more sophisticated interventions with key climate actors. 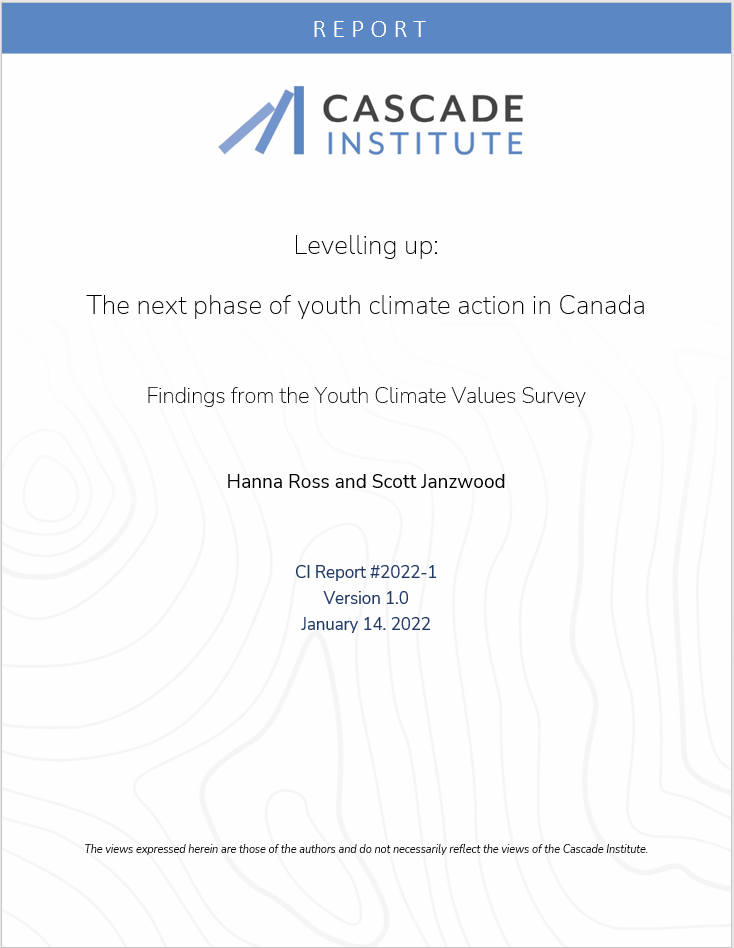