Richard Littlemore is a speechwriter and consultant, co-author of the award-winning book Climate Cover-up, and a member of the Permafrost Carbon Feedback Action Group, a privately funded Canadian organization allied with the Canadian Permafrost Association, and working with the endorsement of Jonathan Wilkinson, Minister of Environment and Climate Change Canada.

The Version of Record of this op-ed has been published in: The Vancouver Sun 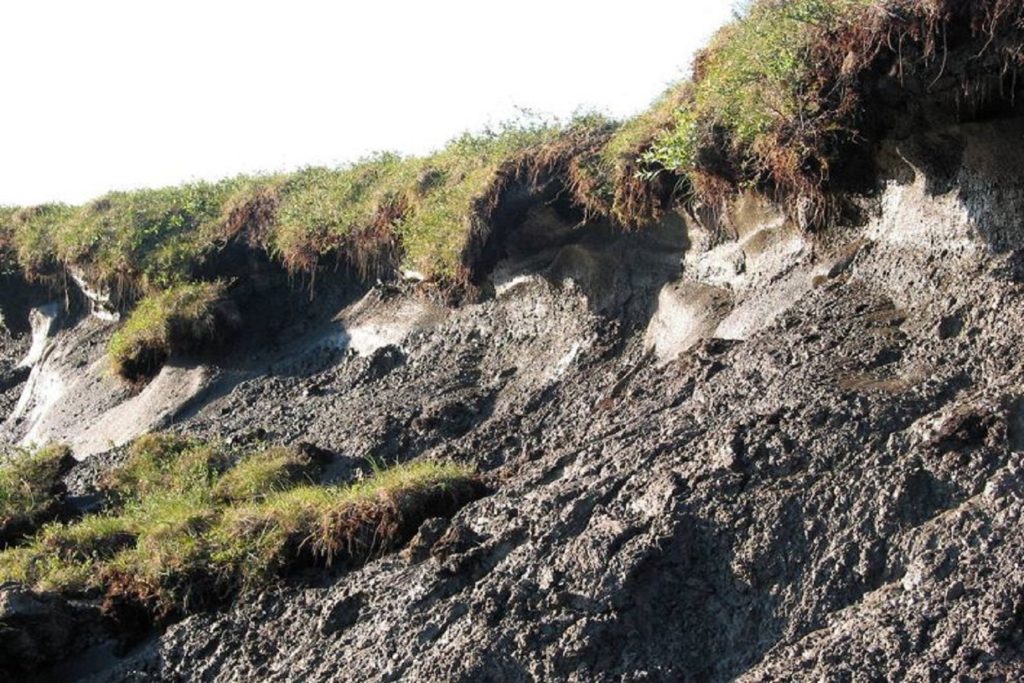 What if the thawing of northern permafrost turned out to be the catalyst that allows us not just to tackle climate change more effectively, but also to resolve additional global governance issues?

What if one of humanity’s gravest threats — something that could endanger our very survival — also holds the key to our salvation? What if, say, the thawing of northern permafrost, a phenomenon that could tip the earth into unstoppable global warming, turned out to be the catalyst that allowed us not just to tackle climate change more effectively, but also to resolve a whole set of additional global governance issues?

This prospect — this crisis that may actually be an opportunity — has captured the imagination of the Permafrost Carbon Feedback (PCF) Action Group, a collection of scientists, technologists, policy academics and venture capitalists who have looked at one of the most dangerous climate change accelerants and decided that they are not going down without a fight.

Permafrost Carbon Feedback is the threat in question. There is roughly twice as much carbon locked in global permafrost as there is loose in the atmosphere — the accumulation of thousands of years of biomatter from plants and animals that died and froze before they had time to decompose. Now, as the globe warms, the permafrost — and the material within — is beginning to thaw, releasing more greenhouse gases and reinforcing the warming. In the words of Thomas Homer-Dixon: “It’s one of two or three really big deal-breaking self-reinforcing feedbacks in the world.”

Homer-Dixon, executive director of the Cascade Institute at Royal Roads University and a newly recruited member of the PCF Action Group, has made a national reputation in part from writing sometimes frightening and generally prescient books on threats to global security. His latest is called Commanding Hope, and you have to suspect that anyone who writes a book with “hope” in the title is working to bolster such hope as they have in their heart. Looking to northern permafrost, Homer-Dixon acknowledges, “I’m terrified by what’s potentially going to happen there.”

But he’s also intrigued. Climate change poses two challenges: the technical and the political, and PCF offers a degree of promise on both. Technically, there is no real mystery about what is accelerating global warming, but reversing the process (for example by blocking the sun’s energy through Solar Radiation Management or harvesting carbon dioxide directly from the air and sequestering it) will be difficult and expensive. Capturing enough carbon dioxide would be, in Homer-Dixon’s words: “the biggest industrial project in the history of the human species.” But in northern permafrost, there is a potential to use natural processes to sequester carbon. For example, by promoting plant growth in newly warmed areas and doing so in a way that protects existing permafrost, it might be possible to get nature on our side.

In the political sphere, Homer-Dixon describes climate change as a “collective action” problem. While everyone has contributed (although unequally), no one has really taken responsibility, a problem that bureaucratic international organizations have failed to resolve. But Homer-Dixon points out that most permafrost falls within only two jurisdictions: Canada and Russia. If those two nations can find ways to work together, he says, they will find it “vastly simpler” to implement mitigation measures. And if they can make progress on this thorny question, they may build on that success to address a host of others.

Before anyone starts imposing what they imagine to be solutions, however, Tony Penikett, a former Yukon premier, author of the book Hunting the Northern Character, and another member of the PCF Action Group, points out that, in every jurisdiction, people of the north must be part of the process. Indeed, he says, policymakers should not be listening to so-called “Boomers,” who go north to make a killing, but rather to the “Lifers,” Indigenous and non-Indigenous, who stay in the Arctic to build healthy communities, steward resources and protect lands and waters. Lifers, Penikett says, are already skeptical of “experts from the south” who arrive to “fix” problems without consulting or collaborating with the people most directly affected.

The bottom line is that a safer path forward — on climate generally and permafrost in particular — will only be found on common ground. It’s time to start the conversation.

The four-part PCF Dialogue begins March 4. To register for any of the dialogues go to: bookwhen.com/pcf. For more information: pcfactiongroup@gmail.com.