A shorter version of this article has been published in The Conversation.

The debate around polycrisis is largely a question of whether we really understand the mess we’re in. 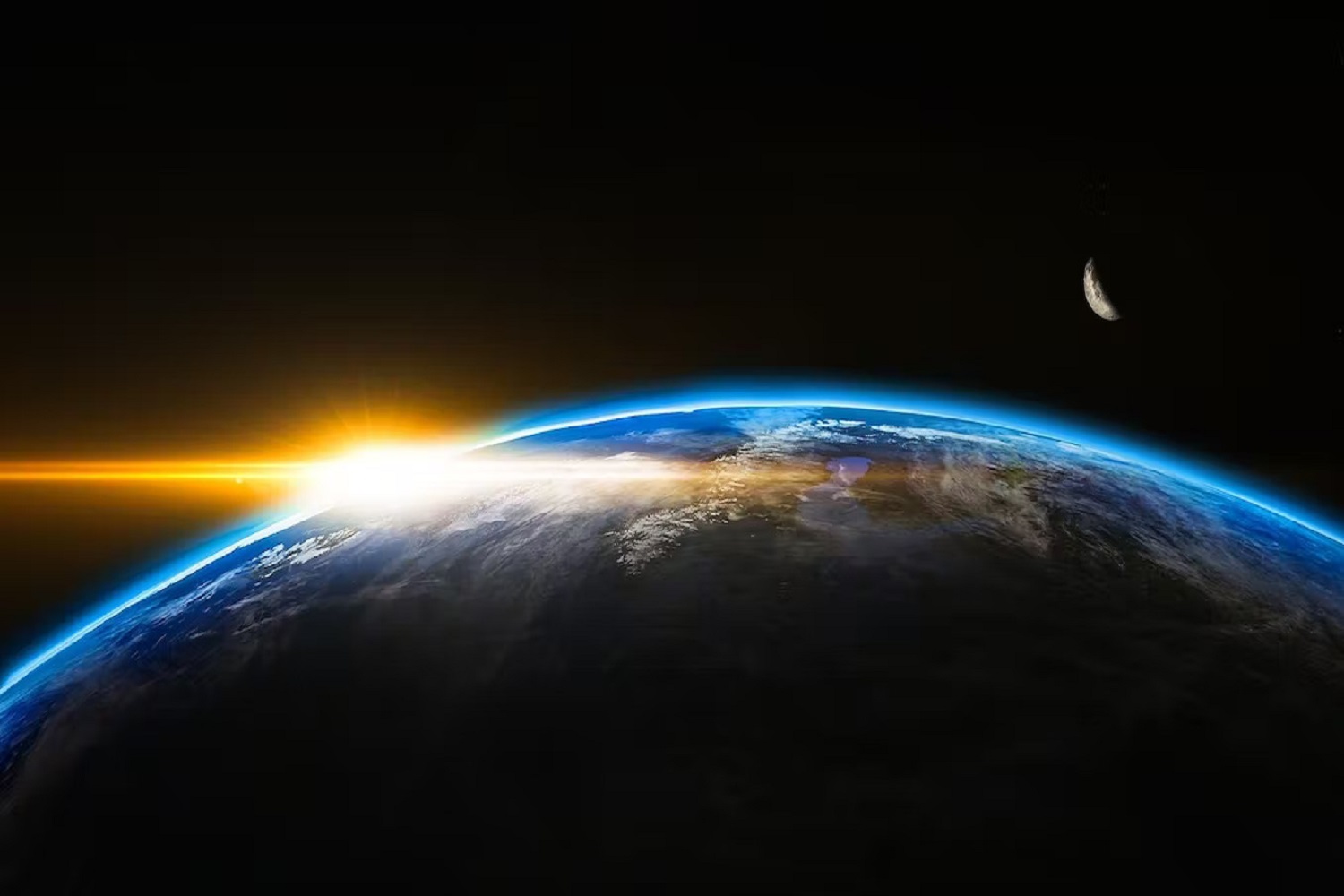 A growing number of leaders, academics, and commentators are using the term “polycrisis” to describe the tangled knot of crises facing humanity. Like any attempt to introduce new labels the term is already eliciting criticism and may turn out to be just the latest buzzword in the litany of doom and gloom. Is our predicament so unprecedented that we need a new perspective on crisis? Won’t established concepts suffice? Is more research really necessary for us to act effectively?

Global crises are interacting and proliferating in ways that are consequential yet poorly understood. The language we use to make sense of the world must evolve as well. Critics are correct that the “polycrisis” label is underdefined and often used in a vague manner. But the concept can provide crucial and unique insights on the world’s critical condition if we address the questions above and think more carefully about what “polycrisis” really means. We need a more compelling plan to use the polycrisis concept to guide new research and better respond to entwined global crises. The outlines of that project are beginning to emerge.

Columbia University Historian Adam Tooze is perhaps the most prominent champion of the polycrisis label. He recently proposed that in “the polycrisis the shocks are disparate, but they interact so that the whole is even more than the sum of the parts.” This is indeed an essential feature of our times. The impact of recent shocks to the world energy market (stemming from Russia’s war on Ukraine) are multiplied by shortcomings in global food production (some linked to climate change) and by growing inflation generated (in part) by government spending to manage the covid-19 pandemic.

Tooze continues to argue that we are in an entirely new predicament defined by its lack of the single causes and single fixes that characterized times past. Here he is less convincing. It’s not hard to think of historical examples where multiple causes combined to produce interlinked crises that defied straightforward solutions, from the collapse of empires to the oil shocks of the 1970s. These and other events might indeed qualify as polycrises, but the present polycrisis is truly singular in a different way. Never before have human activities pushed the planet’s ecological systems so far from their equilibria as to imperil all of our other global systems, from food production to global trade to international security. In this respect, our situation is unparalleled.

International Relations Scholars Mathew Davies and Christopher Hobson add additional layers to the polycrisis concept. Constituent crises reshape, amplify, and feed back into one another to generate the emergent harms Tooze highlights. A polycrisis creates dilemmas in which attempts to resolve one crisis worsen another, as when expanded food production worsens fossil fuel emissions. And like “wicked problems,” the polycrisis is particularly intractable because different groups disagree about the most pressing crises, what would constitute a resolution, and for whom.

Davies and Hobson, however, stop short of proposing any sort of action. Instead, they recommend that we “actively stay with the ambivalence and discomfort of the present moment” lest we slide back into familiar but obsolete ways of thinking. Similarly, Tooze proposes “that our need to reach for a term as unspecific as polycrisis indicates our flailing inability to grasp our situation with the confidence and conceptual clarity that we might once have hoped for.” For all three authors, then, the core value of the polycrisis concept is its ability to capture the stark ambiguity, uncertainty, and complexity of our present predicament. The term offers a handy way to bracket our gross ignorance of our condition.

But that is just a bit unsatisfying. Ambiguity and uncertainty are essential features of the polycrisis, but they are not absolute. If polycrisis is to prove a useful concept, it should generate new and unique insights that can help reduce at least some of the prevailing uncertainty of current events to inform more effective action. It has to be more than a shell concept.

The authors above begin to fill that shell with a long and plausible list of the polycrisis’s key features: interconnections, compound (emergent) harms, self-amplification, feedbacks, policy dilemmas, discursive politics, uncertainty, ambiguity, complexity. But we need a clear definition of what the polycrisis is if we are to use the concept productively in research and action.

To this end, the Cascade Institute proposes that a global polycrisis occurs when crises in multiple global systems become causally entangled in ways that significantly degrade humanity’s prospects. These interacting crises produce harms greater than the sum of those the crises would produce in isolation, were their host systems not so deeply interconnected.

Like the concept of “systemic risk,” this definition concerns contagion and cascading failures, but across multiple systems. And where risk concerns intersubjective assessment of the possibility that harms will occur in the future, polycrisis involves the realization of such potentials into actual chains of cause and effect that harm humanity at the planetary scale. These impacts may involve a sustained plunge in the quality of life or escalate into “catastrophic” and “existential” risk (by threatening the future of the human species or global civilization, respectively).

By emphasizing the entanglement of crises in multiple global systems, the polycrisis concept opens a research agenda concerning the causal mechanisms by which crises interact, combine, and exacerbate one another. These pathways may include common drivers of multiple crises, domino effects in which crises cascade through multiple systems, feedback loops that amplify harms, and tipping points between very different system states. Research should also identify key features of the global systemic architecture that make polycrises possible.

But do we really need more research? Some object that we already know more than enough about our problems and how to solve them. The real roadblock is that the powerful either refuse to act or undermine our best efforts. We have a better scientific understanding of climate change, for example, than ever before, alongside specific emission reduction targets and detailed action plans. We also know that climate change will exacerbate poverty, migration, and conflict. Surely the core issue is not our ignorance, but rather the inaction of our leaders and obfuscations of powerful interests.

There is no doubt that greed and power structures contribute substantially to the polycrisis. Nonetheless, our knowledge of polycrisis remains much poorer than critics might like to believe. Experts know a lot about individual systemic risks (such as pandemics) and the vulnerabilities of particular global systems (such as finance or food), but our understanding of interactions between systems and their crises remains weak and underdeveloped. Epidemiologists warned that a major pandemic was coming, for example, but who could predict that the government’s response would interact with political polarization, misinformation, and radicalization to produce a “Freedom Convoy” that brought swastika flags to Ottawa? And we have yet to witness the full macroeconomic fallout of fiscal stimulus as high inflation interacts with energy shocks and supply chain disruptions.

We still struggle to see the full picture of crisis interactions. One major study of global risks even found that “the failure to take into account feedbacks across systems” is a crucial risk in itself.

The debate around polycrisis is thus, in large part, a question of whether we really understand the mess we are in. We possess more knowledge than ever before in human history, but still the gap between the knowledge we have and the knowledge we need to address our crises continues to grow. And there is a systemic relationship between the two. The growing complexity of our global interactions continues to produce more and more knowledge, but it also continues to produce more and more problems. Knowledge and crisis are both endemic to globalization, but the latter is now racing ahead of the former. The dilemma is not an entirely new one but has grown so consequential that we need novel perspectives like polycrisis if we are to find our way to a better future.

Read Article in The Conversation