The Version of Record of this op-ed has been published in The New York Times. 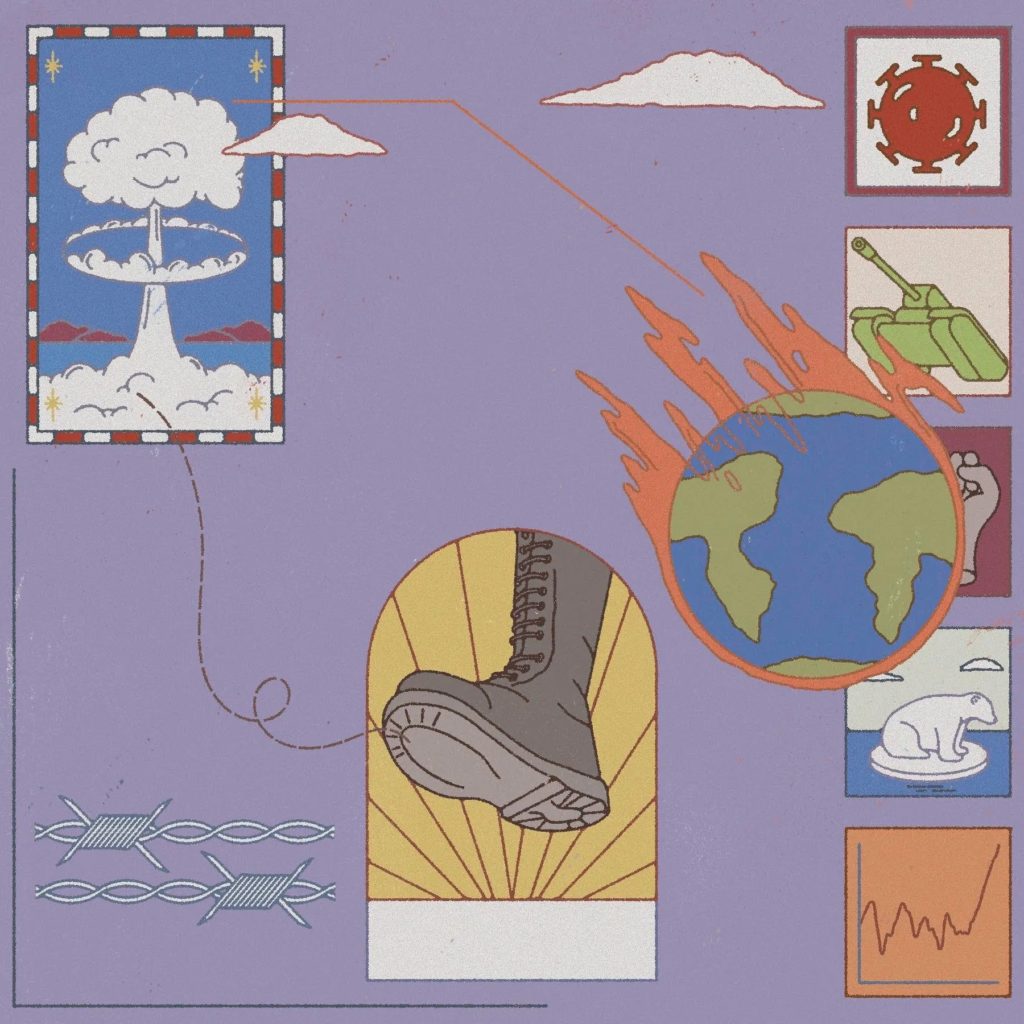 It seems as if the world is encountering a “perfect storm” of simultaneous crises: The coronavirus pandemic is approaching the end of its third year, the war in Ukraine is threatening to go nuclear, extreme climate events are afflicting North America, Europe, Asia and Africa, inflation is reaching rates unseen in decades and authoritarianism is on the march around the world. But the storm metaphor implies that this simultaneity is an unfortunate and temporary coincidence — that it’s humanity’s bad luck that everything seems to be going haywire all at once.

In reality, the likelihood that the current mess is a coincidence is vanishingly small. We’re almost certainly confronting something far more persistent and dangerous. We can see the crises of the moment, but we’re substantially blind to the hidden processes by which those crises worsen one another — and to the true dangers that may be enveloping us all.

Today’s mess is better understood as a global polycrisis, a term the historian Adam Tooze at Columbia has recently popularized. The term implies that humanity is dealing with a complex knot of seemingly distinct but actually deeply entangled crises. Precisely because these crises are so entangled, they’re causing worldwide damage much greater than the sum of their individual harms.

In the last 10 years, things have gone fundamentally awry. Rates of global hunger, numbers of migrants forced to move within countries and across borders, levels of political authoritarianism, violations of human rights and the occurrence of violent demonstrations and ongoing conflict — these measures of harm are all up, and in some cases by a lot. At the same time, the average human life expectancy dropped to 70.96 years in 2021, from an estimated 72.6 years in 2019, the first decline since the United Nations began tabulating such data in 1950.

Most of these systemic risks have become more disruptive and hazardous. And in most cases, they’re now worsening faster. In other words, these risks are both amplifying in severity and accelerating in rate.

Similarly, climate heating has both amplified and accelerated. We’re seeing, too, a rapid rise in the severity and frequency of extreme events like droughts, floods, storms and heat waves, affecting billions of people and in turn multiplying population displacement, social instability and conflict, especially in sub-Saharan Africa and Southeast Asia.

Two factors are powerfully driving risk amplification and acceleration. First, the magnitude of humanity’s resource consumption and pollution output is weakening the resilience of natural systems, worsening the risks of climate heating, biodiversity decline and zoonotic viral outbreaks. Second, vastly greater connectivity among our economic and social systems has sharply raised the volume and velocity of long-distance flows of materials, energy, and information, aggravating such risks as financial system instability, pandemics, economic inequality and ideological extremism.

The simultaneity of crises we’re experiencing hints that something else is also happening — risk synchronization. Complex and largely unrecognized causal links among the world’s economic, social and ecological systems may be causing many risks to go critical at nearly the same time. If so, the apparent simultaneity isn’t just a temporary coincidence; it’s likely to persist and could ultimately overwhelm the capacity of society to adapt, and push some places into outright collapse, as we may be witnessing right now in Haiti.

But we don’t really know because, generally, experts at evaluating risk have deeply specialized and siloed knowledge — in economics, for example, or epidemiology. This knowledge rarely translates into detailed understandings of other systemic risks at play and how they might affect one another in turn. So, for example, while specialists in climate change’s economic impacts know something about how climate heating aggravates economic inequality within and between societies, they know very little about how it impacts ideological extremism. And they give virtually no attention to the possibility that causation might operate in the reverse direction, too — that inequality and extremism might worsen climate heating.

Yet it’s likely all these processes are now operating. Climate heating is harming people’s health and causing weather disasters, affecting infrastructure and food production all over the planet. In poorer countries, these changes are constraining economic growth and widening existing economic inequalities. Lower growth and bigger inequalities, wherever they happen, intensify ideological extremism. And that extremism is likely making it harder to build national and international consensus around cutting greenhouse gas emissions, allowing the heating problem to steadily worsen.

These sorts of vicious cycles are what complexity scientists call self-reinforcing “positive feedbacks.” We tend to see bits and pieces of a causal loop, but not the whole thing. For that reason, we urgently need to identify and monitor these feedbacks and ferret out those still unrecognized to establish whether they are synchronizing the world’s systemic risks. Businesses do similar kinds of risk analysis by diagraming causal loops in the dynamic systems affecting them. In this case, the system is the planet itself. It goes back to the ecologist Barry Commoner’s first rule of ecology — everything is connected to everything else — but with a crucial amendment: some kinds of connections matter a lot more than others.

We propose a worldwide scientific collaboration to identify the causal mechanisms operating among these risks. This collaboration would consist of a global consortium of nationally funded institutes. It would be dedicated, first, to studying mechanisms that are amplifying, accelerating and synchronizing global systemic risks and, second, to determining practical ways humanity might intervene. It would also look for ways these feedbacks might be harnessed to tip key economic, social, and ecological systems toward better outcomes.

This consortium would act as the international scientific complement to the Futures Lab proposed by the United Nations secretary general, António Guterres, which is intended to integrate humanity’s “work around forecasting, megatrends and risks.” And it would report regularly to both the participating governments and the global public with the explicit aim of galvanizing action to address the polycrisis.

It’s vitally important to get this kind of initiative underway. “Business as usual,” Mr. Guterres has warned, “could result in breakdown of the global order, into a world of perpetual crisis and winner-takes-all.”